The power-generating turbine market is seeing growth across the board. Wind turbines are increasing in size, and water turbines in rivers and oceans are starting to reach maturity. Smaller urban wind turbines are springing up like mushrooms, the world over. This growth also entails a greater demand for permanent magnet technology. Turbine manufacturers are primarily seeking out system partners who can keep pace. After all, in such a dynamic world being the first is often all down to flexibility. Or the largest.

“Bakker is a 100% system partner for manufacturers of smaller to larger water and wind turbines: from knowledge supplier, co-engineer, supply-chain manager, to manufacturer of permanent magnets and PM assemblies”

Bakker Magnetics in Science Park Eindhoven has built up many years of experience as a PM specialist, at every level of the renewable energy turbine market. Bakker is a 100% system partner for manufacturers of smaller to larger water and wind turbines: from knowledge supplier, co-engineer, supply-chain manager, to manufacturer of permanent magnets and PM assemblies. The very largest wind turbines are produced by only a handful of multinationals. Despite often having PM technology in-house, they still require assistance at times. This was the case two years ago, when an international manufacturer wanted a 12-megawatt offshore wind turbine built: the largest in the world. That’s when they called on Bakker Magnetics, precisely due to our flexibility.

“That’s when they called on Bakker Magnetics, precisely due to our flexibility“

The wind turbine measures a height of 260 metres, with a rotor blade 220 metres wide. The turbine can power 16,000 homes, and is a continued development of an earlier 6-megawatt model. It was nevertheless decided to change the permanent-magnet topology at a late stage. ‘Due to the time pressure and complexity of the new topology, they couldn’t develop and mount the magnets in-house’, says Maarten de Bekker, Product Group Manager at Bakker Magnetics’ Magnetic Technology & Assemblies division. ‘This meant they wanted to find a partner with not just in-depth PM knowledge, but also the flexibility for jointly realising such a prestigious project in a short timeframe. We’d been in contact with them before, and it seems we made an impression. All of a sudden, there was the assignment. A case of rolling up your sleeves and getting down to work!’

The wind turbine has a generator with a rotor 10-metres in diameter. More than 100 magnet modules need to be mounted around it. Working together with the client, Bakker optimised the magnet modules and built a customised production line to position the magnets in the modules. According to Maarten: ‘The most delicate precision work. Each module is one metre in length, with cavities for placing the magnets in. The magnets are huge, and repel each other with considerable force. One wrong placement, and the entire module has to be written off.’ Using the special production line, Bakker slid the magnets into place one by one, in a safe and controlled manner.

“We managed to accomplish everything, development and production, in under two years. For a project of this scale, this was extremely fast. This was down to true co-creation“

Bakker likewise built the magnet assembly for a second 12-megawatt wind turbine, plus additional modules for testing purposes. According to Maarten: ‘We managed to accomplish everything, development and production, in under two years. For a project of this scale, this was extremely fast. This was down to true co-creation. Constantly adapting to the client in an approachable manner. This perfectly illustrates the flexibility and hands-on mentality that characterises Bakker Magnetics.’

The two mega turbines were prototypes, and proved that the design works. Bakker Magnetics will now also handle the series production of the magnet modules. This is a very promising outlook, and solid evidence that no turbine is too big for Bakker Magnetics. ‘However, there are other, smaller markets we also operate in, and with great enthusiasm’, says Maarten. ‘One of these is Wave, Tidal & Stream: water turbines in ocean waves, tides and rivers. Water is packed with energy, much more so than wind. Many people aren’t aware of this. The technology is actually the same as with wind energy, although under water. A large blade is powered by the water current. Magnets or magnet modules are mounted on the outer ring, which rotate alongside coils, meaning energy is created in the generator.’ Maarten says this is a serious technology, subject to continual optimisation. Urban wind energy is also on the ascent; smaller wind turbines up to approximately 200 kilowatts can increasingly be found on farms and industrial sites. ‘These turbines are usually manufactured by SME businesses. We also like optimising their products with our PM technology,’ concludes Maarten.

Traditional turbines generally operate with an asynchronous generator and a gearbox to create high rotational speed. At present, offshore wind turbines in particular have a generator powered directly with permanent magnets. The magnetic field is present, and power can be generated even at a low rotational speed. A further advantage is that a gearbox is no longer required. ‘This substantially reduces maintenance’, says Maarten. ‘Which is vital, particularly if such a turbine is positioned mid-sea. A direct drive with permanent magnets is also 1 to 2 percent more efficient. That might not sound much, but over its entire life cycle it certainly is. Imagine how much more energy you could generate with a 12-megawatt wind turbine like that. The output is immense.’

“The perfect decision, positioning and fitting of magnets means we can make your turbine that bit more efficient, giving your company a head start“

Protection Against the Elements

As water and wind turbines often operate in wet and saline conditions, proper corrosion protection is of the utmost importance. According to Maarten: ‘In principle, turbine manufacturers are well aware how to protect their products, and we obviously contribute toward this as much as possible. Neodymium magnets are prone to corrosion, meaning they come with a coating as standard. After assembly, additional protection can be provided using a special marine paint. We can also isolate them from the elements completely by covering them or enclosing them using an epoxy. While corrosion is definitely significant, it really isn’t an issue. Everyone in this market has ample experience in with this.’

The renewable-energy turbines market is still developing in every aspect, making it a fantastic market segment for a company such as Bakker Magnetics, that prefers conferring with its clients as early as possible: ‘Include us from the start. That’s when we we’re most useful to you’, Maarten is happy to tell any interested company. ‘Because make no mistake: The perfect decision, positioning and fitting of magnets means we can make your turbine that bit more efficient, giving your company a head start. We have considerable experience in applying magnet solutions in renewable energy, and no challenge is too great for us. I’d say ample proof of this is successfully having contributed to building the world’s largest wind turbine. 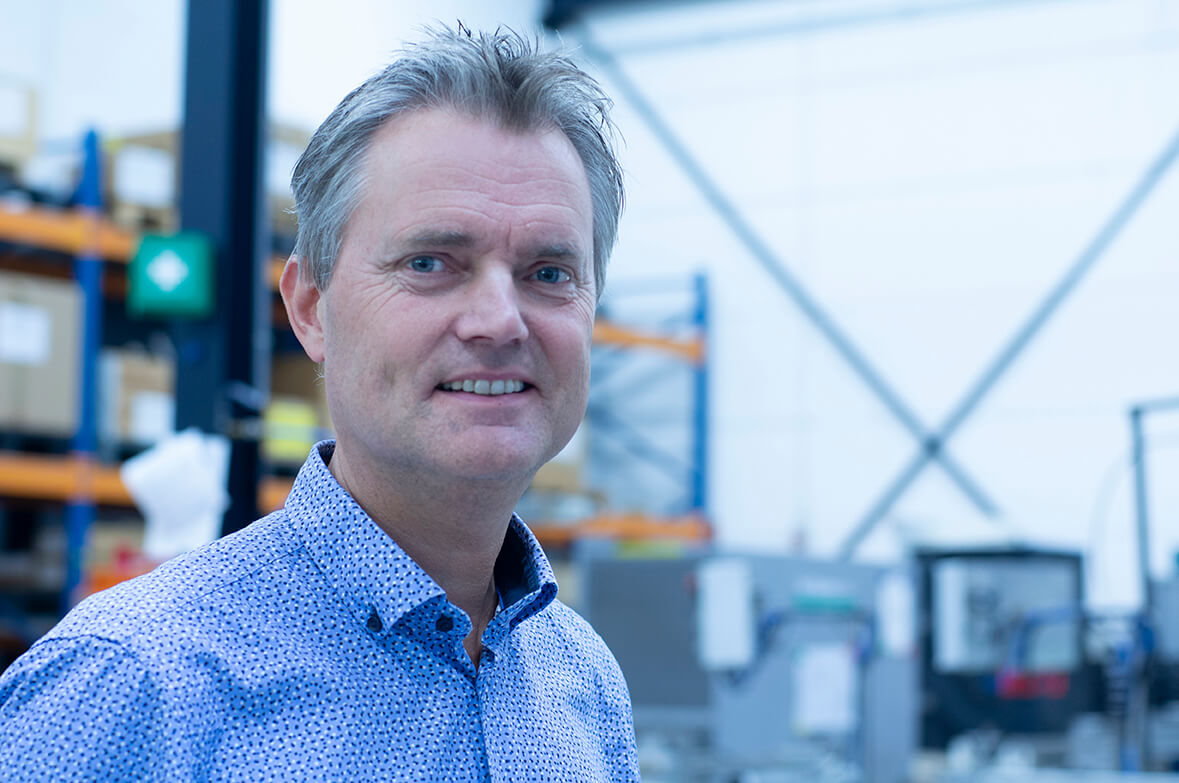 Want to know more about our magnetic knowledge, please contact me by email form.
I will contact you as soon as possible. 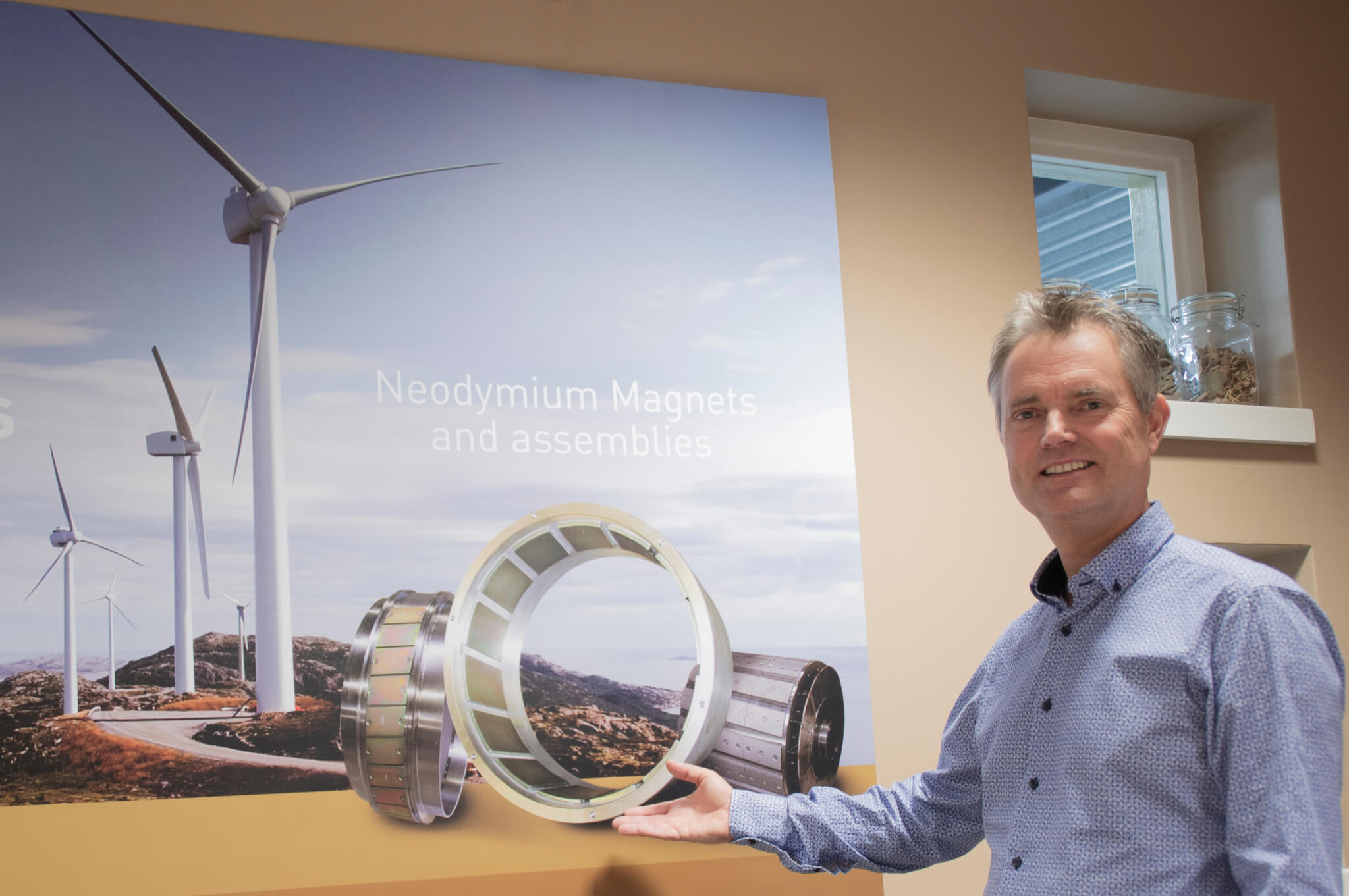 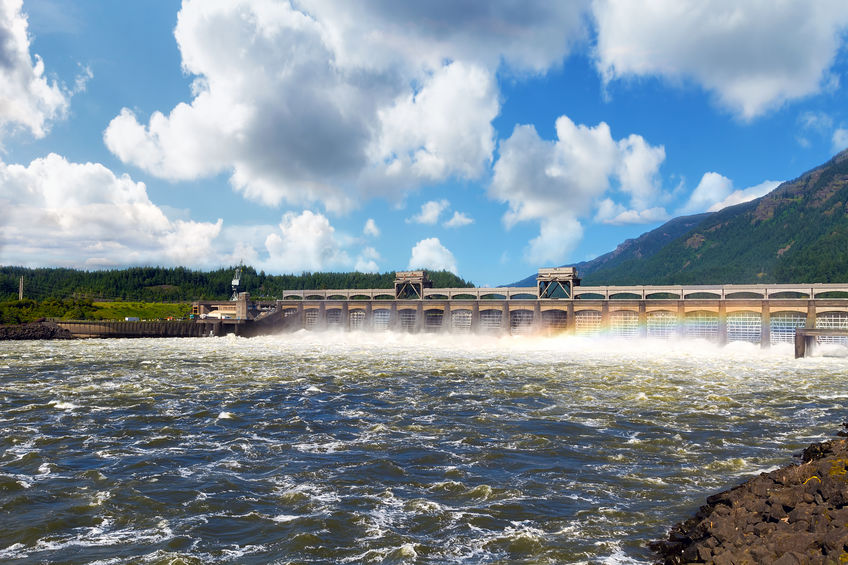 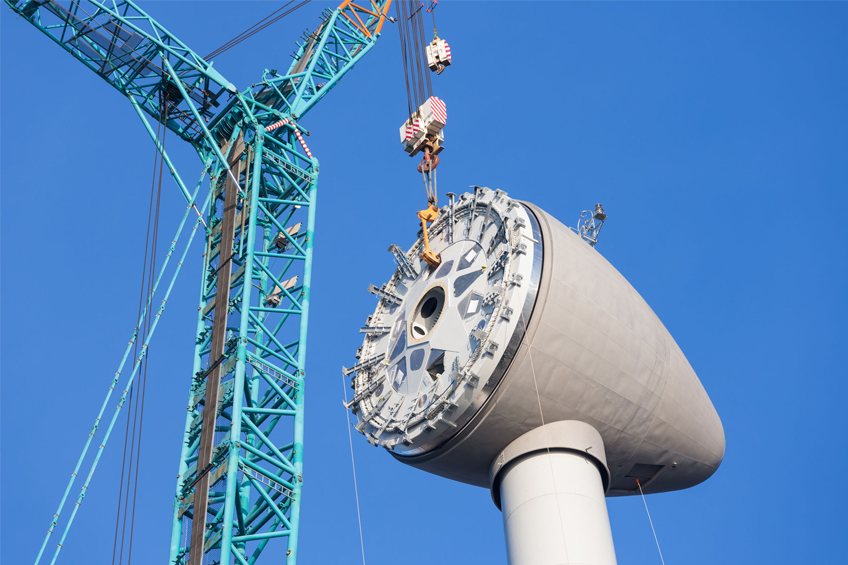 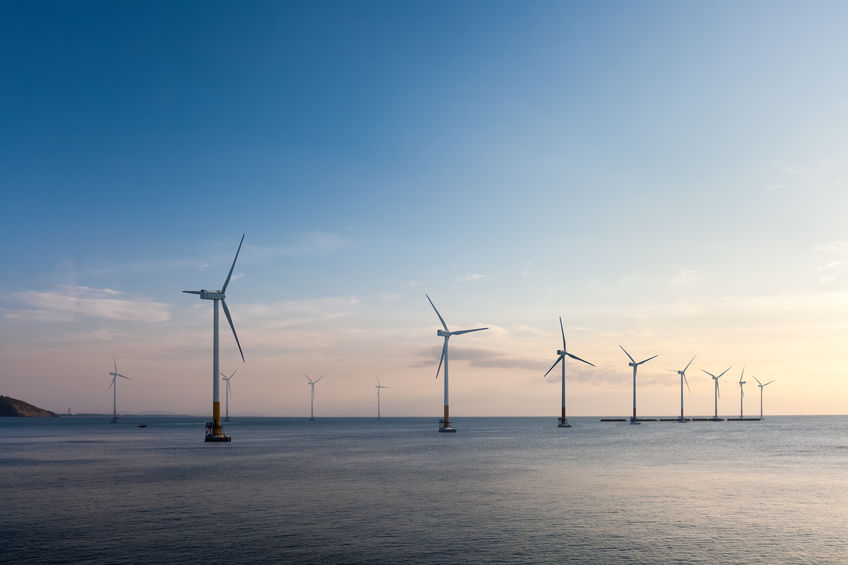 This website uses cookies to improve your experience while you navigate through the website. Out of these, the cookies that are categorized as necessary are stored on your browser as they are essential for the working of basic functionalities of the website. We also use third-party cookies that help us analyze and understand how you use this website. These cookies will be stored in your browser only with your consent. You also have the option to opt-out of these cookies. But opting out of some of these cookies may affect your browsing experience.
Necessary Always Enabled

Any cookies that may not be particularly necessary for the website to function and is used specifically to collect user personal data via analytics, ads, other embedded contents are termed as non-necessary cookies. It is mandatory to procure user consent prior to running these cookies on your website.

We use cookies to ensure that we give you the best experience on our website. If you continue to use this site we will assume that you are happy with it.AcceptRefusePrivacy policy